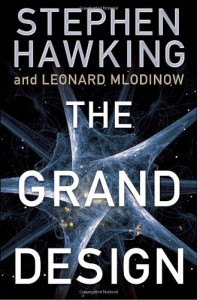 Ever since I was little, I remember the image of Stephen Hawking from TV. I don't know why, but he remained embroidered in my brain after watching a TV show that spoke of him. This must have been 10 years ago, or something like that, but when it was explained to me what he was and what he was doing and did and why he looked the way he looked (remember I was 7 or 8 so I was bound to ask hurtful questions), I became to develop this fondness towards him.

In my late years (oh, I'm soooo old), when I was 15 or something like that I started searching information about his work. Now, we have to be clear on one point. I do not, never did and probably (though hopefully not) never will understand physics. It has always been beyond my grasp and I sucked ass at it both at school and at home. Physics for me has to be explained in words and verbal theories. When you lay formulas on a paper, you lost me. And I mean really lost me.

This bad understanding of mine is somewhat minimized by the fact that once I understood and learned something, I will never forget it. My memory is really good, and I'm proud to say I've learned a bit of physics both in school and outside of it, just by having it explained over and over again by patient friends that took their time with me.

Now, when it comes to anything more complex than normal, simple, high school physics, you lost me again. Quantum physics is something that is absolutely and completely beyond my grasp.

Still, in this little book of his, Stephen Hawking managed to explain some things to me, not just me but all of us who read the book. And after finishing it, I felt like I kinda/sorta understood them.

Now I know that Stephen Hawking himself isn't able to "write" a book. But I've been doing my research and I found out some amazing things about him. The way he pours his thoughts on a paper is by help of his assistant, who sits next to him and asks him simple questions like "what word are you searching for?". Then he goes on to trials "reassuring? reassured? reassure?". Whenever Hawking agrees to a word, he slightly blinks. Whenever he doesn't, he grins. This is painstaking work. It's horribly slow and you have to be incredibly patient in order to do that. It's monumental work, really, and it deserves respect.

Another thing I found out about Stephen Hawking that really impressed me was the fact that when he realized he wouldn't be able to write on a paper and make written calculations of his theories, he developed, inside his mind, a way of "looking at the universe". Put simply, there's 1D, 2D, 3D and 4D. We people see 3D. Hawking has developed a means through which he sees, or better imagines in 4D, the dimension that includes time. Isn't that awesome?! I've barely learned to read and write in my whole life!

Anyways. I feel like I turned this review into an essay about how great Hawking is. Oh well.

Read the book. Read his other books. You'll understand more when you finish them.