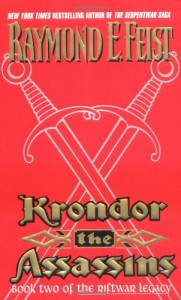 As per usual, you get a better feeling with the first book of a series than with the second. I don't know exactly why, but the most controversial book or books in a series are the middle ones.

The beginning can always be three things: amazing, meh and worst ever. Based on that, you decide whether you're going to read it. Amazing usually indicates you are going to love the other books also. If you like it enough to start it, you're probably going to invest a lot of yourself in that installment. The first book predicts how you're going to feel about the characters, what imagery you like best and how much you love the action.

The last book in series, you're lucky if it closes right. If there's a bad end, kicking and screaming and whimpering will be your first options, then you're going to consider burning the book at a public bonfire. If it's an amazing end to an amazing series, you will have the same first three options: kicking and screaming and whimpering, then you're going to get in a fetal position and hug the book until you fall asleep. Yep, that's how it works.

But when it comes to the middle works, that's tricky. The author has to constantly remember what the story line is and how to keep it intersting, while at the same time be conscious that he has to leave some of the action for future installments. Now, that's a tough job.

In Krondor: The Assasins , Feist remembers. Feist did his job and kept it thrilling, amazingly accurate from the point of view of fantasy and pretty much in connection with everything.

What I really like about his writing, now that I read the second installment (and am currently reading the third and last): he mimics the language of that "time" really well and he follows the characters really well.

For that, I'm going to read the third book and see how he ends this little piece of his puzzle.
Tweet