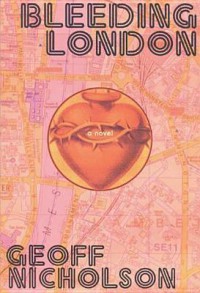 ok so maybe to a few people the shelves i chose for this book would seem weird, but to me they really make sense, after reading the book.

i was surprised at how good this book is, beacuse the first time i tried to read it i actually found it really dull and i felt nothing was special about it! i was wrong, oh so wrong. now i'm kind of torn between giving it three or four stars, but i think i'm gonna settle at three and half, though i can't atually give that grade.

i truly enjoyed the main character, a potentially deadly bodyguard with a set of principles that he applied any way he cared, at any time. of course, i wouldn't want to meet a guy like that, or be one of his enemies. Mick was nicely created, really straight-forward, i kind of bonded with him the most, from the three principal (or what i think were principal) characters.

Stuart didn't really impress me, but i do have to say that he has been met with a kind of a weird ending. i mean, when it first started, i took Stuart as he was, i listened to his story, i tried to understand it. up untill the end, he got to be really annoying and i just wanted for it to get over, all his blabbering and his londoneer obsessions.

judy - cute gal, she can really hold grudges. must be beacuse she's half japanese. or half londonese. or who cares what.

sooo, i should recommend this to a few friends. really enjoyed it. hope i'll read something else from this author.
Tweet